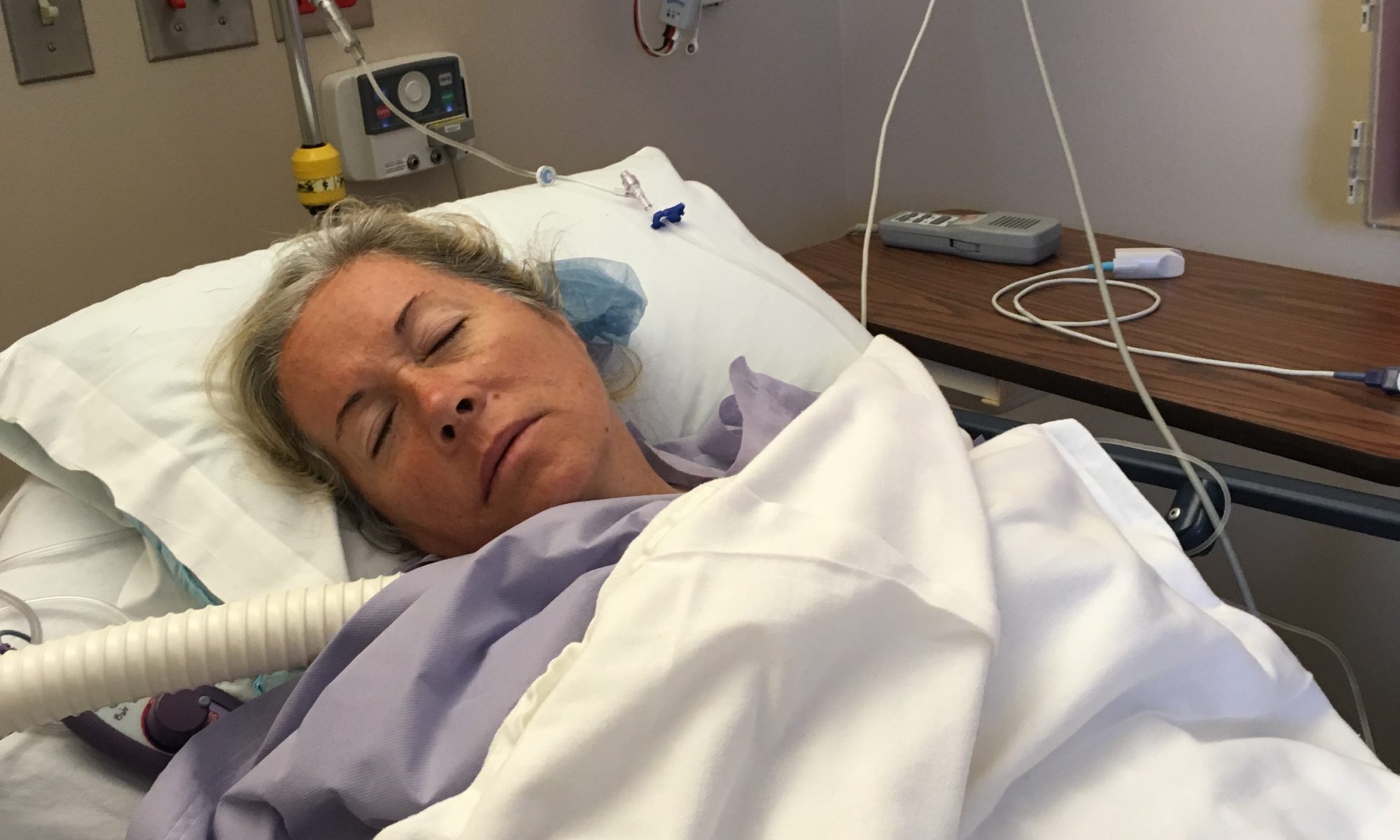 Let’s start at the beginning. Diverticulitis isn’t something sexy or fun to discuss, but unfortunately, thanks to our SAD (standard American diet) 30% of people ages 50-59 and 70-80% over age 60 will be told they have diverticulosis. I suspect that 30% to be much higher than reported.

So what is diverticulosis? Diverticulosis is a small pouch similar to a bulging wall that are present in the digestive tract and are usually discovered during a routine colonoscopy. There are no symptoms unless they become inflamed.

Diverticulitis is what occurs when one or more of these pouches becomes inflamed or infected. 5% of people with diverticulosis will get diverticulitis.

My own health battle with Diverticulitis

Back in March of 2015 I was watching a movie in bed when my left side and lower abdomen, right around my pelvis bone started to really hurt. Within 30 minutes I was throwing up from the pain, but since I had always struggled with what I thought were gall bladder issues, I chalked it up to just something I had eaten. After an hour I had turned pale and grayish colored and could not stop throwing up nor could I get off the toilet though nothing was coming out. It was the worst pain I’ve ever experienced, and I’ve had 5 children. My husband finally talked me into going to the ER. When I arrived they agreed at first, it must be my gall bladder, and I distinctly remember being made to feel guilty for eating something that must have been bad for it. I was given morphine and blood was drawn. When they came back with my blood count they knew there was a problem. I was told they would need to do exploratory surgery, that it was most likely an ulcer that had ruptured and that the scar would be very small down towards my pelvis. I was wisked off in a matter of minutes, extremely scared and extremely unaware of what was about to happen.

Unknown to me, they came out a few minutes later and had to get permission from my husband for what they were about to do. I had over a foot of my intestines removed due to diverticulitis rupture and they were going to need to do a colostomy. I woke up with a tube down my nose, 58 staples from just under my breast bone down to my pelvis, and a colostomy bag. I was just 45 years old.

I remember hearing my mom and husband saying, “She’s going to be devastated.” I had no idea what had happened to me. I was extremely sick and had almost died. When I was finally awake enough to realize it, she was right, I was completely devastated. How could this have happened? I was young, in shape, and had never even heard the word diverticulitis before. I was in the hospital for 10 days. The surgeon told me if all healed well, we could reverse the colostomy bag after 6 months.

It was the worst summer of my life. If you don’t know what a colostomy bag is, it is basically taking the place of your colon and rectum. If you have gas, you hear it loud and clear because it’s coming out of the bag on your stomach instead of down below. If you have to go number 2, it’s right there filling up a bag hooked to your stomach. Want to have sex, there it is, right there on your stomach. So I went into deep depression. I wanted no help, I wanted no one to see this thing, and I had a huge scar on my stomach that just added to the humiliation I was feeling. Looking back now, I think the humiliation came more from no one, and I mean no one, talking to me about what had happened. What had caused this diverticulitis and why had it ruptured and almost killed me.

We did the reversal of the bag in Sept. of that same year. Another 5 days in the hospital. Another incision where the bag was removed, and they had to open up the same scar and do another 60 staples this time. I had also had a lot of pain in my tail bone area and when they did the surgery they discovered one of the staples had adhered to my skin thus the tugging I kept feeling. They also decided during this surgery to go ahead and remove my gall bladder.

Again, I was never talked to about what had caused any of this. When I asked the surgeon if there was anything I needed to be careful of he said, “Some people say not to eat nuts and seeds.” That’s it? Don’t eat nuts and seeds?! Funny thing is, another attending physican said the opposite, “You really don’t need to worry about what you eat. Nuts and seeds are fine.” When I asked at my follow up visit another Dr. said it was highly unusual for someone my age to have this happen. He asked if I knew I had diverticulitis, because had I known it could have been treated with antibiotics and over the counter meds. No, I had no idea that I had diverticulitis. I had been telling my primary care physician for years that I had stomach pain all the time. No matter what I ate. It was all related to my gall bladder she had told me. I was never offered a colonoscopy or ultra sound.

Needless to say, I felt puzzled, I felt overwhelmed, and my life had changed drastically. I have been a gymnastics coach and owner for years and now I found myself unable to do my job. The two back to back incisions, one going laterally and one horizontally, had a done a number on my abdominal muscles and I could no lift the way that I once had. I was also still having stomach trouble.

Two years later, I had just finished lunch with my mother when I had terrible stomach pain. I turned white as a ghost, it felt exactly the same as before. After trying to calm it for 3 or 4 hours I was finally forced to go back to the ER. Because of my history, they immediately did a CT Scan with contrast and discovered I had a small bowel obstruction and would need immediate surgery. Turns out, adhesions from the first two surgeries had formed a knot around my small intestine. I was assured this was a “fluke” and was nothing to worry about as it would most likely never happen again. Another 5 days in the hospital, and you guessed it, the exact same incision with 50 some staples in the exact same part of my stomach. All the work on my abs over the past two years was thrown out the window.

Three years later I was having so much pain, but this time on my right side that my surgeon finally agreed to do an ultrasound with contrast. It turned out this time, I had an ovarian cyst that was 10cm in size. I was scheduled for surgery. To be on the safe side, the gynecologist performing the ovarian cyst surgery wanted to have my gastro surgeon there in case she ran into scar tissue. Sure enough, the adhesions from my previous surgeries had grabbed a hold of a layer of my stomach lining called the, Serosa, and pulled it over to one side. The cyst was taken care of, but the adhesion removal was quite painful. It was done laparoscopically this time, so instead of one big scar I now had 5 more little scars. My stomach at this point looks similar to something from Dr. Jekly and Mr. Hyde. And now, my biggest fear is adhesions, as they have caused the last two surgeries. I have been told there is nothing I can do about them, and you can’t see them under MRI or CT Scans, so it’s nothing we can even continue to check for.

It’s been a little over a year now, and so far so good, but I am in constant awareness of anything with my insides, I don’t think it’s a worry that will ever go away. I know my story was an Acute case and a situation that doesn’t happen too often, but it can happen, especially if we don’t know the reasoning. The reason I’ve gone into such depth with my story is because it’s what has driven me into Functional Nutrition. You see, I was never given any direction. Never told what possibly caused this. Never told that I should change my eating habits or lifestyle. Instead I felt that this was something just wrong with me, something I had done or created that caused it. I was literally disfigured and it was all preventable…..

Through my studies in Functional Nutrition I discovered the role that our diets play in diverticulitis, and in fact, in every aspect of our bodies and brains. I never knew that eating a diet high in sugar, processed foods, soda, etc. was destroying my gut and at the same time making me feel depressed and fatigued. I didn’t know that by not eating enough fiber I was wreaking havoc on my intestines and colon. I didn’t know that taking Advil and ibuprofen was just adding to the inflammation in my body. And sadly even after all the surgeries, no one discussed any of these things with me.

I recently drove my 70 year old mother to her colonoscopy where she was told she had a little diverticulitis but that it was nothing for her to worry about, “everyone at her age has it.” I asked, because now I know better, “Is there any special diet she should follow or things she should change?” And of course the answer from her surgeon was, “Nope. Totally normal, nothing to worry about.” The same thing happened this year with my own husband, who is 60. “Colon looks great. He does have a small area of diverticulosis.” I asked, again, because now I know, “Anything we can do to prevent it from getting worse?” And again, the same answer, “Nope, totally normal, nothing to worry about.”

Here’s the thing…..It’s not normal, and it is something to think about. I say think, instead of worry because it turns out that stress does in fact have a lot to do with our gut, which I’ll also call our microbiome. You see, by making just a few small changes to our diet and lifestyle we could save ourselves from devastating health consequences. But, as I’ve discovered first hand, you’ll need to be looking outside of conventional medicine for help.

This is why I decided to become a Functional Nutrition Coach. It’s so important to me that people understand they don’t have to get sick. You don’t have to wait until you have a disease to then try and find a drug to help you. You don’t have to be a statistic due to our SAD diet. It can all be prevented by some life style changes and by what you put at the end of your fork.

My program is called, “The Powerful Fork,” and if you’d like help learning how to become more healthy, happy, and have not just a longer lifespan but a greater health span, I’d love to help you. Just click the link below and I’ll be in touch 🙂

Cause we’re not there yet, but perhaps, together, we’ll get there Soon Enuff.…